During normal functioning, adequate delivery of oxygen and blood flow is prioritized to body organs. Oxidation of glucose is the dominant means by which mitochondria in our cells generate ATP, the main currency of energy in the body.

Because of the importance of oxygen and blood flow, human physiology comes with built-in plasticity in dealing with variation in oxygen availability, uptake and delivery.

In the event of a lung injury or infection, the functional unit of the lung responsible for gas exchange – the alveolus – loses its ability to oxygenate pulmonary blood, and arterial blood flow is shunted to healthier parts of the lung. This phenomenon permits normal, or near normal, oxygen uptake even when parts of the lung are compromised. 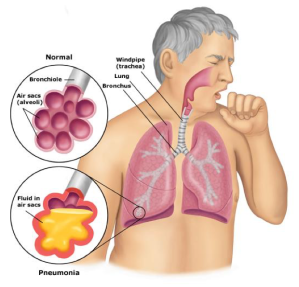 The mechanism behind this preferential shunting of blood away from diseased alveoli is hypoxic pulmonary vasoconstriction. Pulmonary arteries adjacent to hypoxic alveoli undergo muscular contraction that reduces pulmonary arteriolar blood flow. This phenomenon was cited as a critical physiologic compensation to regional lung hypoxia that prevents ventilatory failure in a review by Naeije and Brimioulle in the journal Critical Care.

At high altitude, this adaptive mechanism goes wrong. Virtually all the alveoli sense decreased availability of oxygen after an acute exposure to high altitude because air drawn into the lungs at that altitude has a lower partial pressure of oxygen. This triggers global pulmonary arterial vasoconstriction that increases the blood pressure in the pulmonary arteries.  Increased pressure, along with inflammatory changes that accompany hypoxia, causes a characteristic pattern of high altitude related pulmonary edema, most notably centered around the right pulmonary artery. 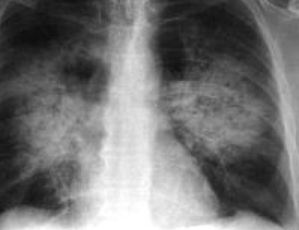 There is a lesson here – what is adaptive at sea level may become maldaptive at high altitude. Further, we cannot fully understand what is pathological in high altitude pulmonary edema (HAPE) without understanding what is normal and physiological at low altitude. Adaptation explains maladaptation in this instance.

An important implication of this view is that coexistent lung injury or lung infection should increase the risk of suffering altitude pulmonary edema at altitude. If hypoxic pulmonary vasoconstriction is an adaptation to infection or other lung injury that is pathological at high altitude, it would follow that infection would predispose to HAPE. A recent paper described this exactly. Ebert-Santos described a phenomenon termed as MRHAPE , or mountain resident high altitude pulmonary edema. In MRHAPE,  acclimatized mountain residents show signs of HAPE on chest radiographs when they get sick with a respiratory virus. These high altitude residents otherwise show no pulmonary symptoms while living at high altitude.  This is exactly what we see in this article. Since I live at 6000 feet elevation in Albuquerque New Mexico, and care for individuals living at even higher elevations, I suspect that I have had many patients who fall into this category that have not been recognized as MRHAPE.

Hypoxic pulmonary vasoconstriction is one example of a mechanism that is adaptive in one context, but maladaptive in another. The evolutionary concept here is known as mismatch – a discordance between the environment an organism finds itself in and a historic environment that shaped selection for our genes and our physiology.

In the next section we will describe how similar mismatch may be responsible for the hallmark symptom of acute mountain sickness – headache.