Coffee Brown and I recorded a podcast last year about the surprising result of a large systematic review of oxygen therapy – the  IOTA trial.  The IOTA trial showed a lack of benefit, often in the direction of harm, from one of our most common medical interventions – supplemental oxygen. 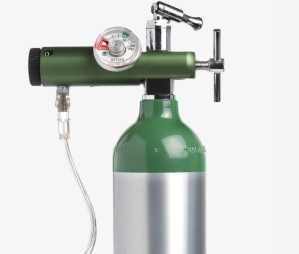 Giving extra oxygen can be life saving in pneumonia and chronic obstructive lung disease, but it is harmful in other conditions.

Consider – stroke is a disease in which blood flow (and oxygen) is blocked by a blood clot in a cerebral vessel. You’d think that we could improve outcomes with oxygen. But the evidence is clear – oxygen does not help.

In sepsis, attempting to increase oxygen delivery have failed to improve outcomes. This observation led some to argue that low oxygen utilization in the body early in sepsis might represent an adaptation.

These studies suggest that in some diseases, mild hypoxia might not be such a bad thing.

Interestingly, living at high altitude, where the partial pressure of oxygen in air is less than at sea level, may reduce the risk of some diseases.

Living at altitude also is linked with lower risk of coronary artery disease and stroke. It may also be protective against certain cancers. Surprisingly, high altitude living seems to reduce the severity of asthma attacks.

All of this is to say that oxygen trafficking in the body and its therapeutic use are complicated. It is overly simplistic to identify a supposed deficiency of oxygen in a disease state and suppose that we can fix the disorder by giving oxygen. The reason is that the human body has mechanisms to cope with low oxygen, e.g. from moderate high altitude as well as various stages of development and in some diseases.

Another reason is that oxygen can be a two edged sword.

A major benefit of access to oxygen is the oxygen-mediated killing of pathogens. Wounds and injured tissues that lack adequate oxygenation are often complicated by infection, in part because inadequate oxygen is an independent risk factor for infection.  Infection is reduced in the presence of oxygen, because of efficient clearing of harmful microorganisms by the  the NADPH oxidase system. Other defenses against microbes – defensins, proteases, etc, work in the absence of oxygen, but they are less effective.  A downside of oxygen-mediated killing is the potential harm from oxygen radicals produced by the NADPH oxidase system. These oxygen radicals are damaging to tissues. Oxygen radical damage might possibly be reduced by pre-exposure to hypoxic conditions. This idea – called ischemic preconditioning has been used in surgery, e.g. cardiac surgery. The jury is out on whether ischemic preconditioning is a broadly useful strategy in surgery and medicine.

Finally, one of the best examples of the harms of oxygen therapy comes from the pediatric literature. In 2009, Maltepe and Saugstad wrote: “exposure to hyperoxia in sensitive periods of development may have unforeseen long term consequences.”  In the shorter term treating premature infants with 100% oxygen causes harm to the developing lungs and results in worse outcomes. During neonatal resuscitation, giving 100% oxygen causes higher mortality compared to resuscitation with 21% oxygen (air). Further, maintaining high oxygenation targets in extremely low birth weight infants resulted in a reduced mental development index.

Maltepe and Saugstad wrote: “Importantly, the biologic defenses against hyperoxia may not be as robust as against hypoxia given that during evolution no organisms would have been exposed to supraphysiological oxygen tensions.” That sentence got my attention. It highlights that we are not evolved to deal with excess oxygen and it begs the question: when we give 100% to patients are we falling into a trap of gene-environment mismatch?

There is never a perfect concordance between our genes and the environment we inhabit. This is the fitness that Darwin wrote about – the adaptedness of an organism to the environment. Natural selection tends to make individuals more fit over generations to various features of the environment, but because the environment is always changing, we are never perfectly fit. For most of the features that define us, past selection has sometimes modified them, according to the logic of the bygone environment (we call this the environment of evolutionary adaptedness or EEA). We humans have changed our environments so radically that our ancestors would not recognize them. In other cases our cells and gene regulatory systems may encounter an environment that has never existed before. This discordance is the evolutionary explanation for some health problems caused by new environmental exposures. Could this explain problems when giving 100% to premature babies, to patients with ischemia or trauma, or those who are critically ill? Maybe. HIF-1 and other regulatory proteins that are sensitive to oxygen have not evolved to cope with supranormal oxygen levels. This novel exposure can sometimes cause harm in a way that can be understood as gene-environment mismatch.

Taking this idea to the next level, can we leverage the evolutionary concept of gene-environment mismatch to predict when oxygen therapy will be most useful?

Hyperbaric oxygen is recommended treatment for air embolism and decompression sickness. These two problems are caused by novel medical interventions and SCUBA misadventures that are clearly outside anything human ancestors experienced in the EEA. Andy Brainard and I wrote about gene environment mismatch and decompression sickness in the journal Medical Hypotheses. Click this link for more.

Hyperbaric treatment in the form of a Gamow bag is also used in acute mountain sickness. 100% oxygen prevents AMS and treats its complications.

In medicine, oxygen is useful to treat diseases that are absolutely not novel – pneumonia, asthma, chronic obstructive pulmonary disease, among others. So I would not advocate for using oxygen only for gene-environment mismatch. Physiologic constraints may explain the benefit of oxygen in these other common conditions. It is worth exploring whether oxygen therapy is particularly useful for (relatively) novel conditions. This remains speculation at this point but it does provide at least a preliminary hypothesis for why indiscriminate use of oxygen therapy may be harmful.

Next up – more evolutionary tradeoffs in hypoxia and ischemic diseases