Currently, there is space for novel evolutionary approaches in medicine because most physicians are not taught to think (or communicate) in terms of natural selection, adaptation, and evolutionary trade-offs. If the medical community is given concrete examples how evolution can improve health care, I expect that things will change rapidly. One of my goals is to provide those examples. Some day, perhaps, there will be no need for an “evolutionary” medicine because all medicine will be evolutionary.

Here are 10 common pitfalls in medical practice that could be avoided if doctors paid more attention to evolutionary principles.

1) Interfering with adaptations (e.g. not recognizing host defenses in our patient’s symptoms). The classic example is trying to reduce fever with medications like tylenol.

2) Triggering otherwise adaptive mechanisms in the wrong setting. This is known as gene-environment mismatch. For example we can introduce gas bubbles into blood vessels when putting in arterial catheters and performing  spinal and other surgeries. Iatrogenic bubbles trigger maladaptive inflammation and blood clotting. Immune activation by bubbles makes sense as an evolved adaptation to blood exposure to gas in trauma and during severe infections. 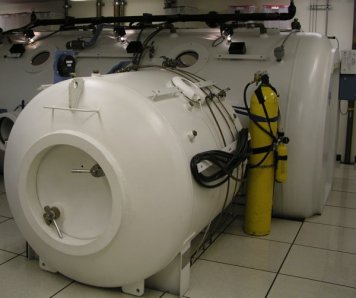 Gas emboli are treated in a hyperbaric chanber

3) Misunderstanding adaptive and non-adaptive sources of human genetic variation. 20% of humans do not produce a specific kind of glycopeptide: fucosylated oligosaccharides.  So-called “nonsecretors” have altered gut microbiomes and a higher risk of certain infections. Recently, pharmaceutical companies have created products aimed at restoring the glycoprotein deficiency of nonsecretors. Evolutionary thinkers might wonder why this nonsecretor phenotype evolved and would not be surprised to learn that nonsecretors have protection from some viral gut infections. Some attention should be paid to the potential benefit to non-function of the gene responsible for making these specific glycoproteins.

4) Unwittingly acting as an agent of selection – by creating antibiotic resistance. We covered this topic here.

5) We act as an agent of selection when we select for virulent strains of various pathogens. Read more here

Endoscopes have been implicated in selection for hypervirulent bacteria

6) We unwittingly act as an agent of selection when we select for resistant clones in cancer treatment. Less aggressive chemotherapy may sometimes result in fewer relapses and longer lives.  Read more here.

7) We act as agents of selection –  for instance by selecting for insecticide resistance (e.g. prescribed insecticidal bed nets)

8) Agent of selection – selecting for altered microbial communities. We covered this here.

9) Failure to recognize competing fitness interests as source of disease – genetic conflicts between human cells in the body are important in preeclampsia, in the health consequences of microchimerism and in cancer.

10) Failure to recognize competing fitness interests between the host and microbiome. Genetic conflict may be important in the gut-brain axis and with diet driven disease. 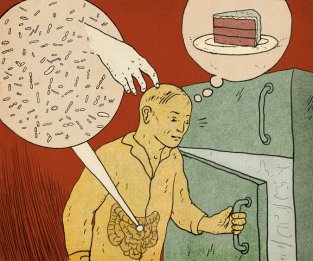 As you can read, these items fall in three main categories

I. Misunderstanding of adaptation in human biology

II. Acting as an agent of selection

III. Failure to recognize how competition between genomes causes disease.

We will cover these categories during the 2016  UNM evolutionary medicine course.