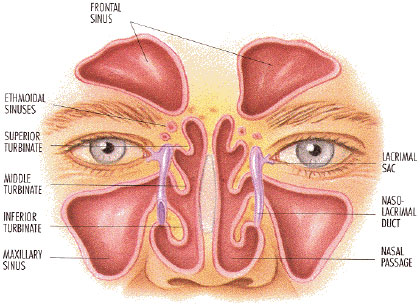 A recent study showed that germ free mice have altered olfactory epithelial development and function. This makes sense if one of the functions of olfaction is to detect and direct responses to the microbiome.

(Alternatively, advocates of the super-organism concept of microbiome-host evolution might view this as microbes assisting the host to direct normal olfactory development.)

The authors suggest that this mechanism might be one way that the composition of the microbiota may influence eating behavior, since olfaction is important in eating.

Olfactory receptors are G protein-coupled receptors that mediate olfactory chemosensation and serve as chemosensors in other tissues. We find that Olfr78, an olfactory receptor expressed in the kidney, responds to short chain fatty acids (SCFAs). Olfr78 is expressed in the renal juxtaglomerular apparatus, where it mediates renin secretion in response to SCFAs. In addition, both Olfr78 and G protein-coupled receptor 41 (Gpr41), another SCFA receptor, are expressed in smooth muscle cells of small resistance vessels. Propionate, a SCFA shown to induce vasodilation ex vivo, produces an acute hypotensive response in wild-type mice. This effect is differentially modulated by disruption of Olfr78 and Gpr41 expression. SCFAs are end products of fermentation by the gut microbiota and are absorbed into the circulation. Antibiotic treatment reduces the biomass of the gut microbiota and elevates blood pressure in Olfr78 knockout mice. We conclude that SCFAs produced by the gut microbiota modulate blood pressure via Olfr78 and Gpr41.

The article published in 2012in PNAS is available here: Olfactory receptor responding to gut microbiota-derived signals plays a role in renin secretion and blood pressure regulation

Addendum: We should not be too surprised that olfactory receptors are linked with microbe detection and the immune system. Read this article by Pacheco-Lopez and Bermudez-Rattoni for more on the adaptive role of olfaction in detecting microbes, protecting against infection, and modulating human behavior.