Here is the deal, folks. Evolution is happening in us and around us, all the time. The sooner we recognize that in our patients, the better off we will be. I will give some examples in a series of posts, starting with an obvious one – antibiotics.

Antibiotic resistance is an evolutionary problem. Emergency physicians are on the front lines in managing infection complications that result from resistant pathogens. Outbreaks of Klebsiella pneumoniae producing an extended spectrum beta lactamase were widely reported. Methicillin resistant Staphylococcus aureus is another increasing problem. While garnering much recent attention, the issue of resistance is not new. Penicillin resistant Staphylococcus was discovered a few years after the widespread use of penicillin in the 1940s. Every subsequent antibiotic that has been put to use has shown the same pattern of resistance within a few years of adoption. Most pathogens have very short intervals between reproduction and some have extra-chromosomal means of genetic transfer by plasmids. These features give organisms the ability to evolve resistance quickly, eroding the effectiveness of antimicrobials. The cause of resistance is clear: physicians act as agents of natural selection when we prescribe antibiotics. Proliferation of resistant microbes occurs because of fitness differences between resistant and susceptible strains.

No evidence for antibiotic cycling

Evolutionary biologists have used computer modeling to test various strategies to delay or prevent the spread of resistance genes in pathogens. For instance, evolutionary biologist Carl Bergstrom used a modeling approach to show in 2004 that cycling antibiotics in series did not reduce the evolution of resistance. Now, 14 years later, a large multi-centerclinical trial showed that this insight holds true for patients in the intensive care unit.

Another strategy is to limit antibiotic use. In light of recent studies showing that antibiotics do not improve outcomes in patients with sinusitis or children with acute otitis media, emergency physicians are usually justified in spending a few minutes on patient education instead of prescribing antibiotics. Injudicious physician prescribing to patients who will improve without antibiotics increases the odds that a microbe with a spontaneous resistance mutation will win the reproductive lottery and become the dominant strain. However, even perfect prescribing will not prevent the evolution of resistance because all use of antibiotics imposes selection for resistance.  Computer models suggest that resistance is likely to evolve even when antibiotics are used appropriately, highlighting the need for alternative strategies.

Several studies have suggested that using antibiotics in combination can be effective in preventing resistance evolution. This method has been most widely used for infections that are hard to eradicate, such as tuberculosis and HIV. Additional recent work by evolutionary biologists suggests that for immunocompetent patients, reducing the antibiotic treatment intensity – both dose and duration of therapy – helps prevent the evolution of resistance while successfully eradicating infection. Clinical studies validating this work need to be done in the emergency department.

Short courses of antibiotics – this is an important one!

Recently, the BMJ published The antibiotic course has had its day. The authors suggest that “in many situations, stopping antibiotics sooner is a safe and effective way to reduce antibiotic overuse” and suggest that a simple and appropriate alternative would be to advise the patient “to stop when you feel better”. This is the opposite of traditional advice on completing a course of antibiotics, an idea that started with Alexander Fleming, the discoverer of Penicillin. The new idea, that shorter courses may often be better, is a well validated concept in evolutionary medicine. Andrew Read and colleagues wrote about antibiotics and suggested that we too often reach for high doses and longer courses of treatment with little consideration of the effect this has on pathogen evolution within our patient: “Overwhelming chemical force may at times be required, but we need to be very clear about when and why that is. Aggressive chemotherapy will, under a wide range of circumstances, spread resistance.”

Much of the time, we physicians have discretion over the duration of antibiotic treatment. Evolutionary considerations suggest that if two alternative durations of treatment are acceptable – e.g. 7-10 days for cellulitis or 3 to 5 days for cystitis – the shorter duration is probably better for both the patient and the community.

A call to action

The strategies of reducing unnecessary prescriptions and reducing treatment duration were the focus of a recent Annals of Emergency Medicine article entitled “A Call to Action for Antimicrobial Stewardship in the Emergency Department: Approaches and Strategies”. May and colleagues propose a variety of approaches aimed at preventing antibiotic resistance. These include clinician education, dose optimization, and de-escalation of therapy when the causative pathogen is known. This otherwise excellent article does not mention the word “evolution,” which is a common oversight in clinical literature.  Choosing an effective antimicrobial stewardship program absolutely requires a basic understanding of evolutionary biology. Emergency physicians are well advised to review the primary literature on resistance evolution, read this blog, and learn how our roles as agents of natural selection can shape the evolution of resistance in our patients. 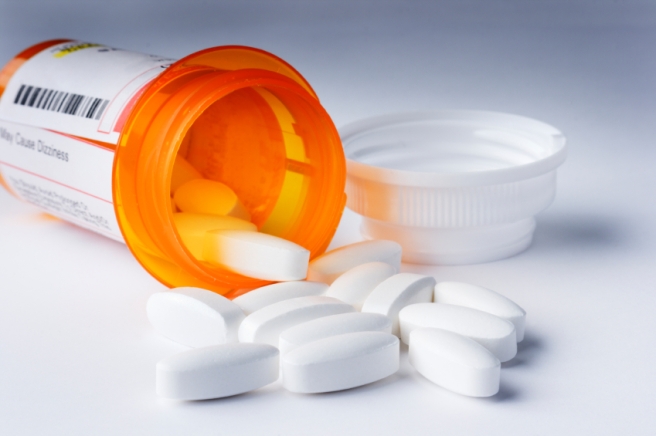 The discovery of penicillin by Alexander Fleming ranks as perhaps the most important medical discovery of all time. Certainly antibiotics are one of the most powerful lifesaving tools in a physician’s toolkit. As we know, power can corrupt, and the indiscriminate use of antibiotics comes with a variety of downsides. We will enumerate a few of these here.

In addition to these risks, antibiotics impair mitochondrial function, cause changes in blood pressure, and may result in dangerous thinning of the blood. These risks can generally be explained by evolutionary and ecological principles that we have covered in this blog. In light of these many risks, how often are these downsides explained by the doctor when you have been prescribed antibiotics in the past? Rarely, I would guess. I emphasize that antibiotics are often lifesaving and preserve good quality of life for many others. On the other hand, careful weighing of these concerns would undoubtedly result in fewer antibiotic prescriptions, with downstream benefits for individuals and the population at large.

Johnson and colleagues published an intriguing observational study in Critical Care Medicine (2011) suggesting that receiving antibiotics prior to being diagnosed with gram negative sepsis carries a significant risk of increased mortality : Impact of previous antibiotic therapy on outcome of Gram-negative severe sepsis. 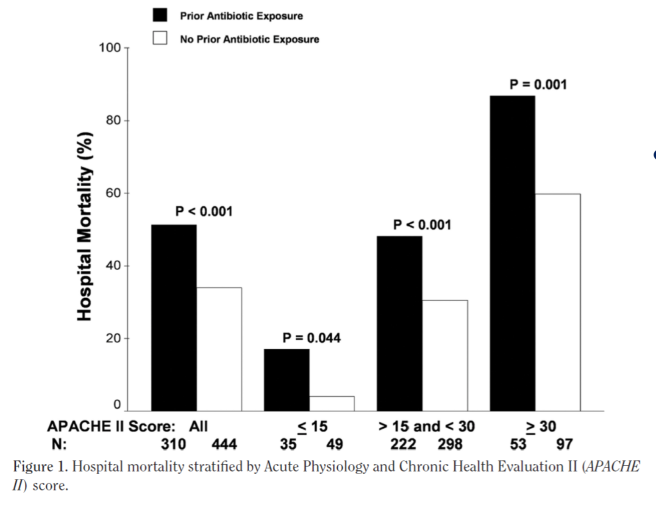 (Disclaimer – this blog is not meant to be personal medical advice. If you have questions about your own health, you should consult your doctor!)