Obesity paradox: a benefit of fat in sepsis? 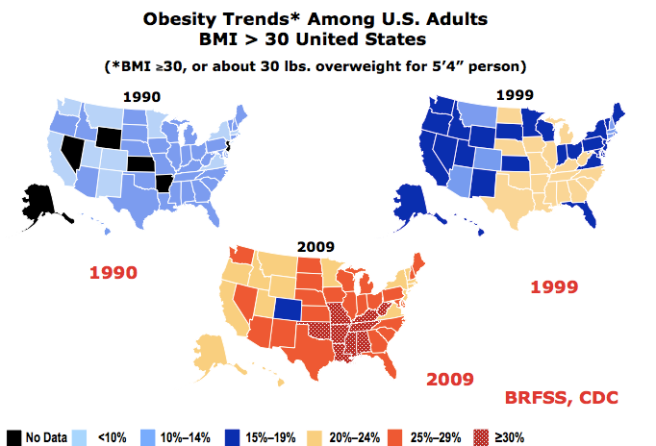 Obesity is on the rise, as has been widely covered in the media and scientific literature. This would not be a problem, except that obesity is linked with increased diabetes and cardiovascular disease, and a higher rate of all-cause mortality. However, obesity is not all bad. In fact, the most exhaustive study of mortality and BMI showed a survival benefit for overweight and no increased mortality for mild (grade 1) obesity.  Indeed, for some conditions, it might be helpful to be fatter, a phenomenon known as the obesity paradox. The obesity paradox might be a factor in for patients with sepsis, bloodstream infections that are often fatal.

A study by Wurzinger and colleagues that was published in 2010 pointed to a survival benefit for larger people with greater BMI who have septic shock. Interestingly normal weight people had the highest mortality in this series of 301 septic patients. Overweight and obese subjects fared the best: 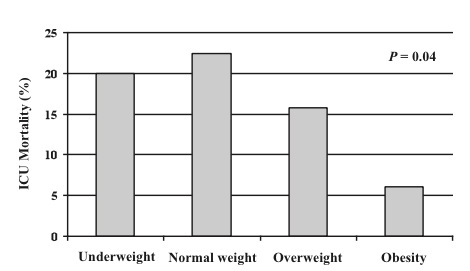 With the usual caveats that this was an observational study and a relatively small sample at that, it does raise the possibility that fatter is better if you are unlucky enough to have a systemic blood infection and septic shock.

We have covered obesity in previous posts. A study by Wang and colleagues showed an increased risk of death from sepsis only among patients with the highest BMIs. In that study, only those in the population with a BMI greater than 40 indicating morbid obesity were more likely to become septic. The same study suggested that waist circumference was a better predictor of sepsis than BMI, per se. So, being fat itself up to BMI 40 may not be risky in terms of acquiring septic shock.

In addition to the Wurzinger study, another more recent observational study by Kuperman et al, indicated that survivors of sepsis had higher BMIs than nonsurvivors. (Interestingly, Kuperman’s results suggest that the benefit might be attributable to higher incidence of diabetes in the fatter group. That’s right, diabetes was linked with survival!) Wacharasint et al. (2013) published a similar survival benefit for obese septic patients. The survival benefit appears to be durable as well: Prescott et al. showed improved 1 year survival for obese ICU patients with sepsis. The biggest study examining sepsis mortality and BMI, involving 2882 subjects, was undertaken by Arabi et al. Like the others, this study showed improved survival in obese and very obese patients, although this effect disappeared when baseline characteristics were taken into consideration. Taken together, however, these results suggest that once septic, it might be of benefit to be fatter. Why might that be?

My colleague at the University of New Mexico, Jon Femling, has suggested that  increased blood lipids in the obese might be of benefit, by reducing virulence properties of invasive bacteria, such as Staphylococcus aureus. Higher levels of the blood Apoliprotein B, inhibit virulence gene expression in S. aureus, which might explain why trauma patients with higher Apo B suffer fewer infections.

Obesity, then, might benefit sepsis patients, because of virulence inhibition. We will explore alternative hypotheses in future posts.

Interestingly, a recent study by Borel et al, showed that critically ill obese patients have a significant delay in the initiation of nutritional treatment (e.g. delayed calorie replacement). We have argued on this blog that full replacement of caloric needs might be harmful in the critically ill. Obese people may be buffered from the potential harm of malnutrition during critical illness, and the most likely to accrue an adaptive benefit from illness anorexia.