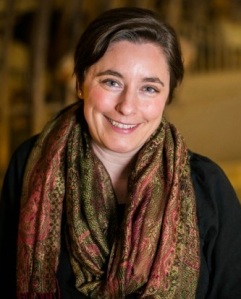 The maternal environment, physiological during fetal life and behavioral during infancy, has well-established influences on infant development. However among mammals physiological investment in the form of mother’s milk continues postnatally but remains poorly understood. Although mother’s milk fundamentally frames the infant’s nutritional ecology and socioendocrinology, until recently very little research effort has been allocated to understanding the behavioral biology of mother’s milk and infant outcomes from an evolutionary perspective. Here I will present emerging research from the Comparative Lactation Lab that addresses the magnitude, sources, and consequences of inter-individual variation of milk bioactives in humans, monkeys, and other mammals. Of particular note, my long-term, inter-generational research at the California National Primate Research Center has produced >1000 milk samples from hundreds of rhesus macaque mothers (Macaca mulatta). Just as individuals vary in their “mothering style,” the fats, proteins, sugars, minerals, hormones, bacteria, and other constituents in mother’s milk vary substantially. That inter-individual variation is associated with differences in infant behavior, growth, health, and development, and through those effects has consequences for transitions to adulthood and reproductive debut. For example, milk not only builds the infant’s body, but fuels the infant’s behavioral activity. Moreover, the biological “recipe” of milk can differ for sons and daughters and the critical windows for maternal effects differ between sons and daughters, likely reflecting sex-differentiated developmental priorities and sensitivities. A better understanding of variation in milk composition enhances an evolutionary biological perspective of parent-offspring dynamics. Moreover, biological and social scientific research on breastfeeding and breast milk can directly translate to more personalized clinical recommendations and health optimization for mothers and their infants.  Further, a better understanding of the composition and function of milk informs the composition of a more representative infant formula for those mothers facing obstacles or contraindications to breastfeeding. Transdisciplinary approaches to mother’s milk, along with public engagement, facilitate discoveries at the bench and their translation to applications at the bedside.

In preparation for Tuesday, read this Carl Zimmer piece in the New York Times about cortisol in mother’s milk having lasting effect on their offspring’s behavior:

Click on the image for the Zimmer article. Photo by Kathy West from NYT

Writing assignment:  Would you support a law making breast milk mandatory for babies, as long as it had a provision to supply donated milk for mothers unable to breastfeed? Is there a downside to formula, or to donated milk?