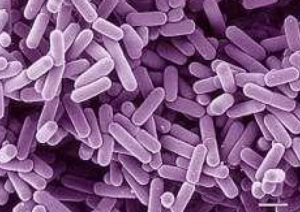 Probiotic treatment has been shown to decrease anxiety and improve memory in humans.

Dinan et al. performed an excellent blinded randomized controlled cross-over design study of probiotic use in healthy male subjects. The probiotic Bifidobacterium longum 1714 given for one month made the treated subjects less anxious and better to able to memorize material.

Gee, students, who might benefit from such a treatment? Surely better than RedBull?

Excerpted from The Guardian: “Bifidobacterium longum is one of hundreds of bacterial species that live in the gut. Many live there symbiotically, gaining energy from substances absorbed in the intestine. But they do useful jobs for their hosts, such as helping digestion, training the immune system, and keeping harmful bacteria at bay….The relationship between humans and their gut microbes has been cemented over millennia of evolution, to the point that each – at least in part – now relies on the other.”

Mutualism is one outcome of coevolution between mammal and microbe, but so is parasitism and conflict. Vertical transmission from mothers tends to select for cooperation, as we have discussed. Probiotic B. longum likely has its origins as a breast milk associated microbe, potentially explaining its beneficial status. It is an open question, though, why decreased anxiety and improved memory would be adaptive for microbe or human.