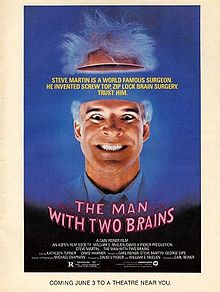 The brain matters but we act like it doesn’t

I have vivid memories of my training in the trauma intensive care unit where some of my patients clung to life while receiving life support, especially an unfortunate young man who had suffered a shotgun injury to the abdomen and died a prolonged death. We got increasingly concerned as the number of failing organ systems increased: lungs (function replaced with intubation and artifical ventilation), heart (augmented with vasopressors and inotropes), kidneys (replaced with hemofiltration or dialysis). I remember thinking that if I were in that situation, I would want to be unconscious to the horror of the ICU.

Is it really better for our patients to be made unconscious with potent sedative medications?

A new study indicates that, like many things we do in medicine, less is more when it comes to sedation in critical illness.

Balzer and colleagues performed a retrospective study involving 1884 patients who were sedated in the intensive care unit. The bottom line: Deep sedation early in the ICU stay increased in-hospital mortality and was associated with more deaths at 2 year follow up.

By deeply sedating our patients, we are artificially inducing brain failure. Remember that the higher the number of failed organ systems, the higher the mortality. Now, we wouldn’t disable the central processing unit (CPU) in our new car and expect the vehicle to function normally, right? Why do we assume that we can turn off the biggest CPU of them all, the human brain, without incurring a cost?

Maybe we shouldn’t take the brain off-line, when it has an important job to do. What job is that, you ask?

One crucial job of the brain is to coordinate immune defenses.

A recent study by Kim et al. in Nature Immunology detailed one such way that the brain coordinates immunity. During Listeria infection in mice, tumor necrosis factor (TNF) builds up in cerebrospinal fluid in the brain. TNF in the brain then caused mobilization of lymphocytes in the spleen and epididymal fat. The increase in peripheral lymphocytes was dependent on TNF signaling in the brain. This is one, but certainly not the only, way that the brain coordinates an immune defense.

Do we cause harm when we inhibit these defenses by deeply sedating our patients in the intensive care unit? This hypothesis has yet to be tested and should be. Much evidence points toward an immune suppressive effect of sedatives. I suspect that immunity is handicapped in a number of ways in deeply sedated ICU patients. Immune compromise may also contribute to the excess mortality seen in patients given sedative hypnotics in the general population.