Developmental programming is thought to be a source of many adult diseases, including obesity, diabetes, and cardiovascular disease. The notion that early life experiences, including nutrient transfer from the mother in utero, can anticipate future environments and also shape the risk of later adult diseases has been termed the predictive adaptive response, or PAR.

This relationship first came to light when Barker documented a curious association between birth weight and adult cardiac events in British men. Babies born small had a higher risk of chronic inflammatory diseases as adults. These small babies have been described as adopting a “thrifty phenotype.” That is, nutrient deprivation as a fetus is thought to have shaped the developmental trajectory in these individuals. This shift results in reduced expenditure on muscle and increased energy storage as fat.

This Tuesday, we are lucky to have a special guest, Jack Baker PhD, who has published extensively on human development and evolution. He co-authored a chapter in the 2008 Trevathan textbook: Evolutionary Medicine and Health New Perspectives, entitled “Evolutionary Medicine and Obesity: Developmental Adaptive Responses in Human Body Composition. More recently, Dr. Baker has published work that fits with expectations of the predictive adaptive response among the Ache in Paraguay, and some results that seem to conflict with the PAR. He teaches a course in Evolution and health in the UNM Anthropology Dept. 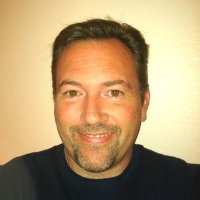 In preparation for Tuesday, first read this Carl Zimmer piece in Friday’s Times about cortisol in mother’s milk having lasting effect on their offspring’s behavior: 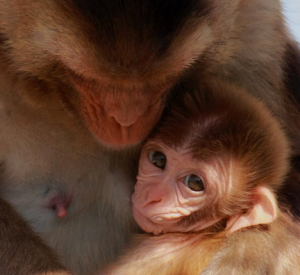 Click on the image for the Zimmer article. Photo by Kathy West from NYT

In keeping with the last two weeks, there will be no writing project. Instead, find examples from  the internet how early life experiences change the body’s development in ways that cause disease? Could these changes also be adaptive, or not? (Try using the search terms “Predictive Adaptive Response” and or “Developmental Origin of Health and Disease” or DOHAD)

You Tube Video on Epigenetics and Fetal Programming: