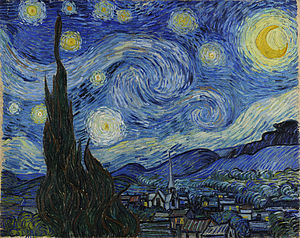 Modern life has its challenges, and getting enough sleep is one of them. Artificial lighting, hectic lifestyles, night shifts, and the lure of late night screen time: all these factors conspire to rob us of sufficient sleep, which the CDC defines as 7 to 9 hours per night. An estimated 53 million Americans are chronically sleep deprived, sleeping less than 6 hours nightly. Chronic daytime sleepiness and fatigue are the obvious consequences.  But these are not the only problems that result from insufficient sleep. A new study has shown that experimental sleep deprivation can cause dramatic changes in metabolism. In this study, volunteers were housed in a hotel-like setting with lighting that prevented the normal re-setting of the circadian rhythm, and were subjected to restricted sleep (no more than 5 hours nightly) on a rotating schedule that mimicked the schedule of shift workers. Remarkably, these previously healthy subjects underwent changes in glucose tolerance and insulin sensitivity that resembled that of diabetics. The metabolism of these subjects also declined, so that energy expenditure was reduced. The reduction in the basal metabolic rate, if allowed to continue, would correspond to a weight gain of 10 pounds per year. These findings suggest that inadequate sleep with an irregular sleep schedule sets into motion a series of metabolic changes that predispose to diabetes and obesity. Large scale population studies show similar findings for night shift workers and the chronically sleep deprived.

The question is, why?

One answer to this question may be that stress hormones are elevated when sleep is interrupted or insufficient. Some patients with sleep disorders undergo nocturnal surges of stress hormones, notably norepinephrine (aka noradrenalin). Norepinephrine is a catecholamine neurotransmitter involved in the sympathetic nervous system, which in turn is responsible for the “fight or flight” response to danger. Increased sympathetic nervous activity is linked to oxidative stress, inflammation, and metabolic changes akin to the pre-diabetic state. In part because of these changes, some patients with sleep disorders, especially obstructive sleep apnea, have an increased risk of diabetes, heart disease and death, compared to the general population.

So is the link between sleep deprivation and  diabetes a consequence of stress hormones like norepinephrine? This possibility awaits further testing. Meanwhile, it is not at all clear why the sympathetic (fight or flight) arm of the autonomic nervous system would induce changes in metabolism and energy expenditure. While we ponder that conundrum, I will point out some additional curious features of catecholamines.

Finally we get to our hypothesis!

Could sleep deprivation cause dangerous changes in gut bacteria?

If so, the complications of sleep deprivation may occur as a reaction to shifts in gut microbes.

My colleagues and I are studying this possibility now with support from the Veterans Administration hospital and the University of New Mexico’s Clinical and  Translational Science Center. If our findings provide support for the hypothesis that gut microbial populations are altered  in sleep disorders, sleep deprivation may join a long list of disorders characterized by changed gut bacteria.  These studies show that the co-evolution of humans and our resident microbes is an important determinant of health, longevity, and disease.